So if you are a little bit confused by the title of this post, I’ll explain a little. So I recently finished school for the winter break. (I’m going to France btw!). It’s kinda like a tradition at my school to give out awards right before break to kinda of appreciate everyones efforts. In my whole 4 and a bit years at this school and around 12 of these award givings, I have NEVER EVER won one. I don’t know – it got to the point where I didn’t even pay attention and I would just wait until they would dismiss us and let us go home.

So this year, we went to our tutor times for a little bit to get sweets and Christmas sprit and shit and then we all made our way down to the hall where they were getting set up for the assembly. Since my year group is the oldest in the school, it meant that we had the “great privilege” of being able to sit in the chairs instead of the floor like the rest of the school.

So I was sat next to Maddy who was one of the cool kids who hangs out with Lynn (they are arguing at the moment and I’m trying to be the peace maker) and Brett – a guy who I lowkey think is really cute. This reminds me that I need to give you all an update on Jason..let’s just say it didn’t end well.

I tried to save a space for Roxy but she class was let out so late so the teachers all told me to move up and Brett decided it would be a good idea to jump over his seat and sit next to me instead…it was so fucking scary.

Anyway, they started giving out awards and stuff and then moved onto music performances and then more awards and so on and so forth. The only one I thought I only had a chance of winning was English because I apparently did really good in my mocks. However, apparently they picked who won AGES ago and I wasn’t really in my zone then so this other girl won…I mean I’m not jealous at all(!)

So then it got round to the final award. I wasn’t really listening because I never win so I was talking to Maddy and Brett. I’m guessing it was a big one if they saved it for last but I actually didn’t really hear what it was for so I don’t know. I even made a joke saying –

“Hey guys, imagine if I win?” I said LAUGHING.

Dudeee I looked up with the biggest shocked expression on my face. I’m pretty sure it was obvious because EVERYONE else around me – even in the younger years started laughing. Dude I was so shocked that I looked at Maya because we have the same name and I wanted to make sure they didn’t make a mistake.

When she didn’t stand up and gave me a bit of a dirty look, I realised that it actually must  have been me, so I stood up and EVERYONE clapped. I actually heard a little screaming coming from Roxy on the other side and Brett and Maddy beside me. I was sooo embarrassed.

Since the assembly was over right after that and apparently it was the biggest award worth the most money, I had to stay behind and wait for the teachers to give it to me. They had a smile on their face and said “congratulations” and I was honestly so surprised.

I took it out and Hallie and Roxy were waiting for me to congratulate me. We all walked home together and it was just kind of a great day…I can’t believe I won.

Okay so that’s it for this blog post. Are you as surprised as I am? I am actually still shocked. Anyway, feel free to tell me how shocked you are down below.

I hope you enjoyed this blog post and I’ll see you again soon with another one! 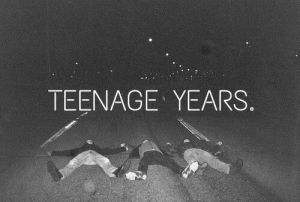